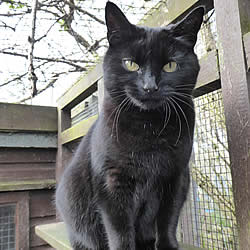 RUBY HAS GONE INTO A FOSTER HOME AND IS DOING BRILLIANTLY - READ THE UPDATE ON THE END OF HER PROFILE.   Ruby is a lovely girl looking for a loving new home due to the death of her owner.  She arrived in January 2019, so she is one of our longest residents and it is difficult to understand why.

Ruby is 10 years old but you wouldn't know it. She was a stray cat taken in by a lady who has since passed away. It is so sad that she has lost her compnaion. She is always on the move, being nosey,  makng it rather difficult to take photographs of her. Ruby has the shiniest black coat, she is fabulous. She would like a home where she is the only cat, why share strokes if you can have them all to yourself?!  She loves a cardboard box! So if you have a cardboard box for her to play in, get in touch!

Cats like Ruby are often overlooked because people want the perfect cat. She is lovely and has a quirky side to her nature but is constantly overlooked and left behind which is so sad. Once in a house, Ruby would get a little bit territorial in her small pen when people visited. Most of us wouldn’t cope with living in a small space on our own either but somehow, we think a cat should be on its best behaviour when they are penned up. Some people would go into her pen and give rough tickles and wonde why she would lift her paw to tell them to stop!  She would easily adapt to being and indoor cat.

UPDATE 25th November 2019 - after almost one year in the shelter, Ruby is now in a foster home and doing brilliantly. She settled inmmediately, plays with her laser pen toy and follows her foster-carer everywhere! She has met the family including older kids and is loving every minute. It is wonderful to see the photos of her with her toys in a house.  She needs a proper, forever home now we know her true personality. Would you love to live with a quirky girl? 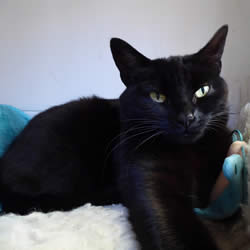 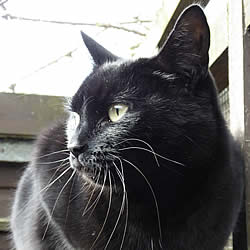 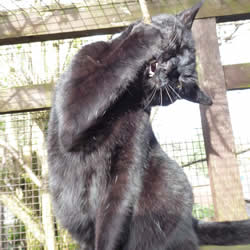 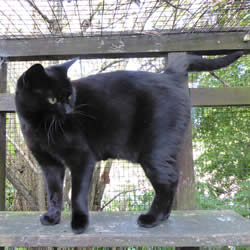 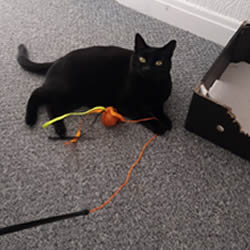 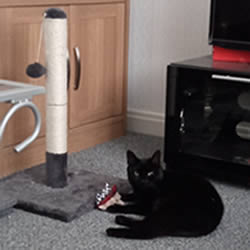