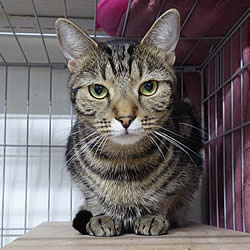 Charles is just a young boy, around a year old whose owner has passed away. He is gentle and quiet but settling in to his new surroundings. We were told he was a little timid but we think he just wasn't used to seeing people. He is very curious about us and likes a fuss made of him.

He was separated in the house from another cat, so it is possible they didn't get along, so he would probbaly prefer being an only cat. We are fairly sure he never went out, so would suit an indoor environment, but is young enough to start going outside too. 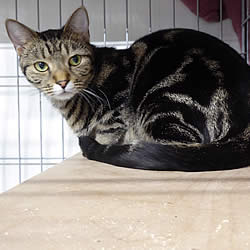